Reader, I Murdered Him (Hardcover) 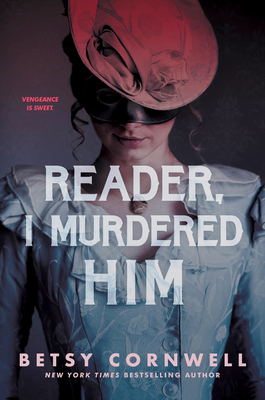 Reader, I Murdered Him (Hardcover)

In this daring tale of female agency and revenge from a New York Times bestselling author, a girl becomes a teenage vigilante who roams Victorian England using her privilege and power to punish her friends’ abusive suitors and keep other young women safe.

Adele grew up in the shadows—first watching from backstage at her mother’s Parisian dance halls, then wandering around the gloomy, haunted rooms of her father’s manor. When she’s finally sent away to boarding school in London, she’s happy to enter the brightly lit world of society girls and their wealthy suitors.

Yet there are shadows there, too. Many of the men that try to charm Adele’s new friends do so with dark intentions. After a violent assault, she turns to a roguish young con woman for help. Together, they become vigilantes meting out justice. But can Adele save herself from the same fate as those she protects?

With a queer romance at its heart, this lush historical thriller offers readers an irresistible mix of vengeance and empowerment.

Betsy Cornwell is the New York Times best-selling author of The Circus Rose, The Forest Queen, Mechanica, Venturess, and Tides. She graduated from Smith College and was a columnist and editor at Teen Ink before receiving an MFA in creative writing from Notre Dame, where she also taught fiction. She now lives in Ireland with her son.

"A perfect gothic read for a cozy night." — Forbes

"For those who turn from Jane Eyre with a desire for a queer heroine."  — School Library Journal