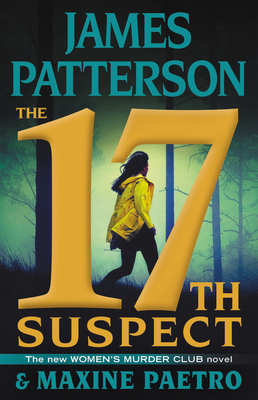 
Email or call for availability and/or price.
In this #1 NYT bestseller, Sergeant Lindsay Boxer puts her life on the line to protect San Francisco from a shrewd and unpredictable killer.
When a series of shootings exposes San Francisco to a mysterious killer, a reluctant woman decides to put her trust in Sergeant Lindsay Boxer. The confidential informant's tip leads Lindsay to a disturbing conclusion: something has gone horribly wrong inside the police department.
The hunt for the killer lures Lindsay out of her jurisdiction and impacts her in dangerous ways. She suffers unsettling medical symptoms, and her friends in the Women's Murder Club warn her against taking the crimes to heart. But with lives at stake, the detective can't help but follow the case into terrifying terrain.
A decorated officer, loving wife, devoted mother, and loyal friend, Lindsay has always acted with unwavering integrity. But now she is confronting a killer who is determined to undermine it all.
James Patterson received the Literarian Award for Outstanding Service to the American Literary Community from the National Book Foundation. Patterson holds the Guinness World Record for the most #1 New York Times bestsellers. His books have sold more than 325 million copies worldwide.