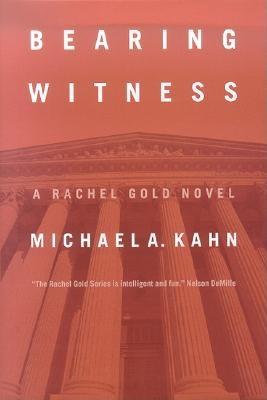 It began as a routine age discrimination lawsuit, but when a key witness is gunned down in her Cadillac, savvy up-and-coming attorney Rachel Gold finds herself with a case far older and far more dangerous than her 63 year old client.

How has Beckman Engineering, the powerful St. Louis construction monolith, been managing to rake in exorbitant profits from government contracts for over fifty years? And where has over half a century's worth of dirty money been going? The skeletons both in and out of the closet pile up as Rachel delves into a mystery with ties that span two oceans and six decades of age-old prejudice, political treachery, legalized bribery and cold blooded murder.

Luckily, the truth is in the files. With the help of wacky Professor Benny Goldberg and his beer swilling, pizza chomping hotshot law students (not to mention Jonathan Wolf, the handsome ex-hate crimes prosecutor) Rachel feels she has a chance at digging out the answers. But after Wolf's 10 year old daughter is approached outside her school by a strange man with an unmarked package, Rachel suddenly realizes she's stumbled onto an aging conspiracy with a deadly hold on the present.