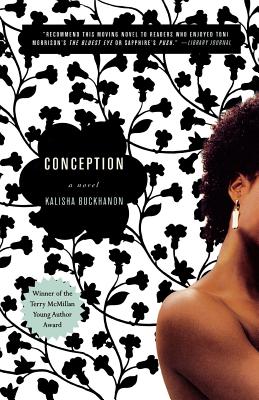 In the same vein as her critically acclaimed debut novel, Upstate, Kalisha Buckhanon again shares an emotionally beautiful story about today's youth that magnifies the unforgettable power of hope and the human spirit.

Buckhanon takes us to Chicago, 1992, and into the life of fifteen-year-old Shivana Golding, who believes most Black women wind up the same: single and raising children alone, like her mother. Until the sudden visit of her charismatic and free-spirited Aunt Jewel, Shivana spends her days desperately struggling to understand life and confront the challenges she faces growing up in a tough environment. When she accidentally becomes pregnant by an older man and must decide what to do, she begins a journey toward adulthood with only a mysterious voice inside to guide her. Then, when she falls in love with Rasul, a teenager with problems of his own, together they fight to rise above their circumstances and move toward a more positive future.

Through a narrative that sweeps from slavery onward, Buckhanon unveils Shivana's connection to a past filled with tragedy, courage, and wisdom.

“Buckhanon's second novel firmly establishes her as a timeless voice for a new generation. An authenticity of language and action permeates the novel. The realities of poor Chicago life and Shivana's desperation to escape lead to a sad, seemingly predestined conclusion, yet do not detract from the underlying foundations of love and hope. Teens who like Toni Morrison's work, Buckhanon's Upstate (St. Martin's, 2005), and other realistic novels will enjoy this one.” —School Library Journal

“The work of a gifted young novelist.” —Washington Post

“Much like her acclaimed debut novel, Upstate, Buckhanon is again at her best...” —Mosaic Literary Magazine