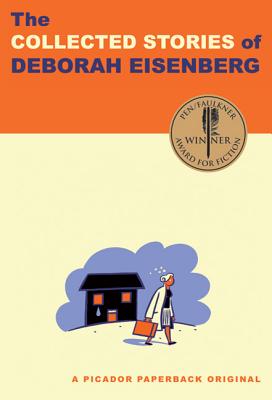 Since 1986 with the publication of her first story collection, Deborah Eisenberg has devoted herself to writing "exquisitely distilled stories" which "present an unusually distinctive portrait of contemporary American life" to quote the MacArthur Foundation. This one volume brings together Transactions in a Foreign Currency (1986), Under the 82nd Airborne (1992), All Around Atlantis (1997) and Twilight of the Superheroes (2006).

“Sarcastic, self-aware, and often wickedly funny…. Perhaps the most compelling aspect of Eisenberg's stories is the ease with which she captures the fearful excitement of being human, and our reluctance to acknowledge how little our circumstances have to do with our own decisions.” —Rachael Brown, TheAtlantic.com

“If you haven't discovered Deborah Eisenberg's beautifully crafted short stories, this is a good choice, because you will want to read and reread them all. These stories are rich and delicate, and linger in the memory to shift and amplify their values. Eisenberg's subtle, intelligent observations put readers in the best company.” —Prairie Lights Bookstore

“What is it like to be a genius? Ask Deborah Eisenberg. The question is not as hyperbolic as it might seem; last year, Eisenberg was awarded a MacArthur fellowship, usually referred to as a ‘Genius Grant'." —Belinda McKeon, Irish Times

“This season, I chose four books of stories to read and recommend. At the top of my list--and highly recommended--is The Collected Stories of Deborah Eisenberg.” —Ann LaFarge, Hudson Valley News