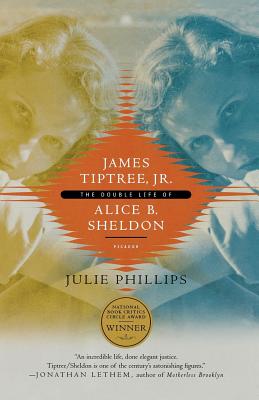 James Tiptree Jr. was one of the best short form writers of science fiction in a field that once lived and died in the short story. "His" appearance on the scene in the late Sixties rumbled through the field. The stories were electric, unusual, insightful, unexpected. But just as interesting was the fact that no one knew who James Tiptree Jr. was. Speculation was rampant. When finally it was revealed that "he" was Alice Sheldon, daughter of world explorers, ground-floor (and former) member of the nascent CIA, the revelation stunned those convinced of her "ineluctible masculinity." In the hands of Julie Phillips, Sheldon's life is shown to be as spectacularly exotic as anything she put down in her fiction. This is one of the finest literary biographers ever crafted and Phillips' subject was one of the most interesting writers of the 20th Century.

James Tiptree, Jr., burst onto the science fiction scene in the late 1960s with a series of hard-edged, provocative stories. He redefined the genre with such classics as Houston, Houston, Do You Read? and The Women Men Don't See. For nearly ten years he wrote and carried on intimate correspondences with other writers--Philip K. Dick, Harlan Ellison, and Ursula K. Le Guin, though none of them knew his true identity. Then the cover was blown on his alter ego: "he" was actually a sixty-one-year-old woman named Alice Bradley Sheldon. A feminist, she took a male name as a joke--and found the voice to write her stories.

Based on extensive research, exclusive interviews, and full access to Alice Sheldon's papers, Julie Phillips has penned a biography of a profoundly original writer and a woman far ahead of her time.

Julie Phillips is a journalist who has written on film, books, feminism, and cultural politics. James Tiptree, Jr. is her first book. She lives in Amsterdam, Holland.

“An incredible life, done elegant justice. Tiptree-Sheldon is one of the century's astonishing figures.” —Jonathan Lethem, bestselling author of The Fortress of Solitude

“This account of a heroically inventive and highly peculiar quest for personal and creative fulfillment may make you rethink your ideas about what it means to be male or female--or, for that matter, human.” —Francine Prose, O, The Oprah Magazine

“Ms. Phillips does a fine, perceptive job of piecing together the patchwork of her subject's personality.” —The New York Times Book Review (cover review)