Offshore: The Dark Side of the Global Economy (Paperback) 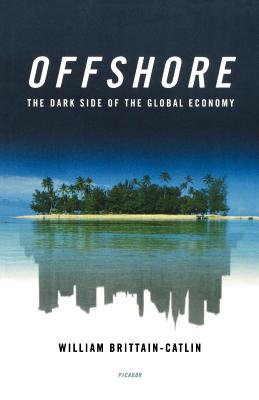 By William Brittain-Catlin
$23.00
Not on our shelves at the moment, but we will order it for you.
(This book cannot be returned.)

An unknown realm to many investors, offshore finance allows giant corporations--such as Wal-Mart, British Petroleum, and Citigroup--to legally keep huge profits out of sight of regulators and the public.

William Brittain-Catlin tells the story of how tax havens in the Caribbean and elsewhere have become central to global finance today. He takes us through the secret networks of Enron and Parmalat, behind international trade disputes, and into organized crime and terror. This book gives disquieting evidence that, as a result of offshore practices, the key value of capitalism and civilization alike--freedom--is being put in grave danger.

William Brittain-Catlin, born in 1966, has worked as a BBC producer and as an investigator for the corporate investigations firm Kroll Associates. He lives in London.

“Fabulously researched . . . His exposé of shady corporate-accounting techniques is so spot-on it will probably make readers furious. . . . A clear primer for anyone interested in how offshore banking works. . . . Ample advice that we need tax reform now.” —John Freeman, Time Out New York

“A glimpse inside the secretive world of offshore banking [that] ought to raise hackles among those who wonder why the world belongs to the wealthy.” —Kirkus Reviews