His Eye Is On The Sparrow: An Autobiography (Paperback) 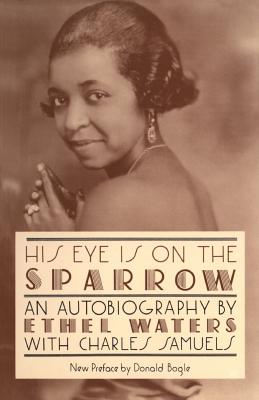 His Eye Is On The Sparrow: An Autobiography (Paperback)

By Ethel Waters, Charles Samuels
List Price: $16.99
Our Price: $13.59
(Save: $3.40 20%)
On Our Shelves Now
"Here is a remarkable chronicle of the life and career of an extraordinary woman who had a major impact on American entertainment. With astonishing candor, Ethel Waters tells her dramatic and dazzling story: from a childhood of abject poverty, to her early success in Black vaudeville, to her rise into the top ranks of stardom with her memorable performances in Cabin in the Sky, Pinky, and The Member of the Wedding. Hers is both an engrossing record of a topsy-turvy career and, just as importantly, an invaluable social document that traces the changing landscape for African American entertainers in the first half of the twentieth century. One of our very best show-business memoirs, brimming with insights, humor, and an unbreakable spirit, His Eye Is on the Sparrow was a significant groundbreaker when first published in 1951--and remains an authentic American classic today."--Donald Bogle

Ethel Waters's His Eye Is on the Sparrow stands as perhaps the greatest autobiography of a black female performer, capturing both the horror and the joy of the African American woman's experience through the often bitter yet always forgiving voice of an indomitable spirit. This edition is supplemented with a new historical preface and over a dozen photographs.
Charles Samuels, a New York newspaperman, wrote biographies of Jody Garland, Lizzie Borden, and Evelyn Nesbit. He worked with Buster Keaton on My Wonderful World of Slapstick (also available from Da Capo Press). Donald Bogle is the author of Brown Sugar: Eighty Years of America's Black Female Superstars, Blacks in American Film & Television: An Illustrated Encyclopedia, and Toms, Coon, Mulattoes, Mammies & Bucks: An Interpretive History of Blacks in American Films. He has been called "the dean of black film history."