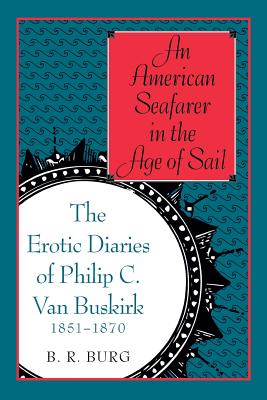 Philip Van Buskirk enlisted in the U.S. Marines in 1846, when he was twelve years old. Beginning in 1851, he recorded his thoughts and experiences on board ship, providing a firsthand account of the countries he visited, the brawling nation in which he lived, and the everyday life and homoerotic exploits of the sailors and marines who sailed with him. B.R. Burg draws on these unconventional and revelatory diaries and on social, religious, and medical writings of the time to create a picture of nineteenth-century America that is rarely seen.

The semi-educated son of a once prosperous family, Van Buskirk had the ability and enthusiasm to depict the mores and behavior of the ordinary folk with whom he associated, something other chroniclers of his time did not do. Burg points out that a substantial gulf separated the perceptions and sentiments of literate Americans of this period from those of unlettered Americans. Van Buskirk's journals highlight the differences between these groups and tell of the conflicts that existed as the notions of propriety and morality held by the upper classes were tested by a less-than-deferential underclass.

B. R. Burg is professor of history at Arizona State University.