The Controvery Over Capitalism: Studies in the Social Philosophy of the Russian Populists (Paperback) 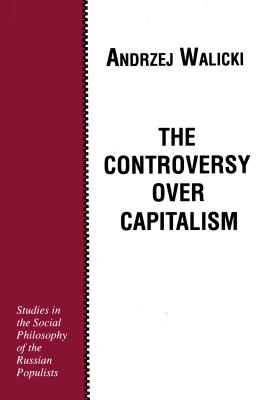 By Andrzej Walicki
Email or call for price
Out of Print

This book presents an analysis of classical Russian Populism, shown as an ideological structure within which many positions were possible. Walicki studies the confrontation of Populism and Marxism: changing attitudes toward Marxism in the Populist milieu and the controversy between Populists and Marxists over the future of Russia. The Controversy over Capitalism, available here in paper for the first time, reinterprets the ideology of Russian Populism. Andrzej Walicki argues that Populism is a reaction to the development of capitalism in Russia and a response to the capitalist economy and socialist ideologies of the West.