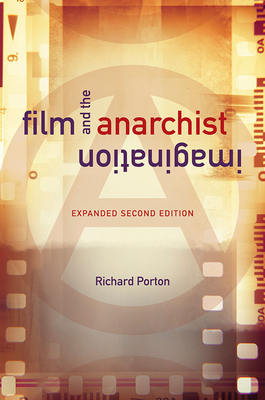 By Richard Porton
$32.14
Not on our shelves at the moment, but we will order it for you.

Hailed since its initial release, Film and the Anarchist Imagination offers the authoritative account of films featuring anarchist characters and motifs. Richard Porton delves into the many ways filmmakers have portrayed anarchism’s long traditions of labor agitation and revolutionary struggle. While acknowledging cinema’s predilection for ludicrous anarchist stereotypes, he focuses on films that, wittingly or otherwise, reflect or even promote workplace resistance, anarchist pedagogy, self-emancipation, and anti-statist insurrection. Porton ranges from the silent era to the classics Zéro de Conduite and Love and Anarchy to contemporary films like The Nothing Factory while engaging the works of Jean Vigo, Jean-Luc Godard, Lina Wertmüller, Yvonne Rainer, Ken Loach, and others. For this updated second edition, Porton reflects on several new topics, including the negative portrayals of anarchism over the past twenty years and the contemporary embrace of post-anarchism.

Richard Porton is an editor at Cineaste and has taught film studies at the College of Staten Island, Hunter College, Rutgers University, and New York University.

"So many mainstream movies are ultimately propaganda: propaganda for consumerism, violence, outdated gender relations, and the capitalist system. This book reminds us that films can also be rebellious, aiming not to reinforce but undermine the status quo. In this updated version of his original classic, Richard Porton traces the evolution of anarchist ideas and their influence on cinematic form and content, exploring a wide range of expressive work designed to provoke, inspire, and confound. A welcome and compelling celebration of a subversive and still-evolving genre."--Astra Taylor, author of The People's Platform: Taking Back Power and Culture in the Digital Age

"Although I'm a feminist, but not a self-identified anarchist-feminist, Richard Porton's Film And The Anarchist Imagination has inspired me to study the texts and films he brilliantly analyzes, even revisit my own from his unique perspective."--Lizzie Borden