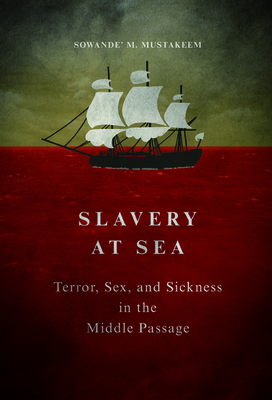 Most times left solely within the confine of plantation narratives, slavery was far from a land-based phenomenon. This book reveals for the first time how it took critical shape at sea. Expanding the gaze even more widely, the book centers on how the oceanic transport of human cargoes--known as the infamous Middle Passage--comprised a violently regulated process foundational to the institution of bondage. Sowande' Mustakeem's groundbreaking study goes inside the Atlantic slave trade to explore the social conditions and human costs embedded in the world of maritime slavery. Mining ship logs, records and personal documents, Mustakeem teases out the social histories produced between those on traveling ships: slaves, captains, sailors, and surgeons. As she shows, crewmen manufactured captives through enforced dependency, relentless cycles of physical, psychological terror, and pain that led to the making--and unmaking--of enslaved Africans held and transported onboard slave ships. Mustakeem relates how this process, and related power struggles, played out not just for adult men, but also for women, children, teens, infants, nursing mothers, the elderly, diseased, ailing, and dying. As she does so, she offers provocative new insights into how gender, health, age, illness, and medical treatment intersected with trauma and violence transformed human beings into the most commercially sought commodity for over four centuries.

Sowande' M. Mustakeem is an assistant professor in the Department of History and the African and African American Studies Program at Washington University in St. Louis.

"This excellent work illustrates the paradoxical significance of U.S. slavery studies in relation to the larger African Diaspora."--Register of the Kentucky Historical Society


"Slavery at Sea does an excellent job describing the importance of the Middle Passage, as well as forcefully rejecting the notion that slave subjugation began upon arrival in America… Excellent research, a clear and engaging literary style, and an appropriate use of primary source material recommend this book for the student of the Atlantic slave trade or the historian who desires new insights into the manufacturing process of slavery."--Civil War News

"A compelling and original argument that makes a fundamental contribution to the history of slavery in colonial British America."--William and Mary Quarterly


"An intensely social history of the transatlantic slave trade . . . Mustakeem consciously centers her narrative on the very young and old, women, and the infirm to demonstrate the ways in which there was no one Middle Passage."--The Junto