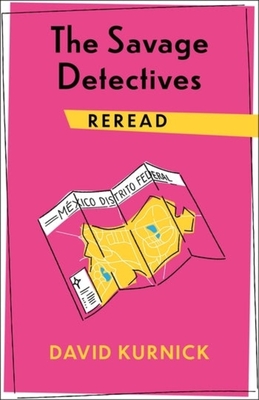 The Savage Detectives elicits mixed feelings. An instant classic in the Spanish-speaking world upon its 1998 publication, a critical and commercial smash on its 2007 translation into English, Roberto Bola o's novel has also been called an exercise in 1970s nostalgia, an escapist fantasy of a romanticized Latin America, and a publicity event propped up by the myth of the bad-boy artist. David Kurnick argues that the controversies surrounding Bola o's life and work have obscured his achievements--and that The Savage Detectives is still underappreciated for the subtlety and vitality of its portrait of collective life. Kurnick explores The Savage Detectives as an epic of social structure and its decomposition, a novel that restlessly moves between the big configurations--of states, continents, and generations--and the everyday stuff--parties, jobs, moods, sex, conversation--of which they're made. For Kurnick, Bola o's book is a necromantic invocation of life in history, one that demands surrender as much as analysis. Kurnick alternates literary-critical arguments with explorations of the novel's microclimates and neighborhoods--the little atmospheric zones where some of Bola o's most interesting rethinking of sexuality, politics, and literature takes place. He also claims that The Savage Detectives holds particular interest for U.S. readers: not because it panders to them but because it heralds the exhilarating prospect of a world in which American culture has lost its presumptive centrality.