The Ruin of the Eternal City: Antiquity and Preservation in Renaissance Rome (Hardcover) 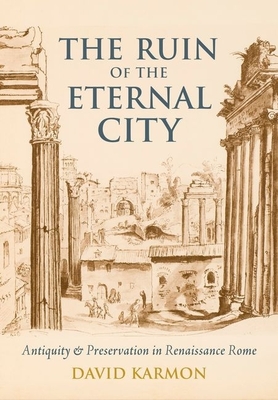 In Renaissance Rome, ancient ruins were preserved as often as they were mined for their materials. Although the question of what to preserve and how continued to be subject to debate, preservation acquired renewed force and urgency in the fifteenth and sixteenth centuries as the new papal
capital rose upon the ruins of the ancient city. Preservation practices became more focused and effective in Renaissance Rome than ever before. The Ruin of the Eternal City offers a new interpretation of the ongoing life of ancient buildings within the expanding early modern city. While historians and archaeologists have long affirmed that early modern builders disregarded the protection of antiquity, this study provides the first
systematic analysis of preservation problems as perceived by the Renaissance popes, the civic magistrates, and ordinary citizens. Based on new evidence and recent conservation theory, this compelling study explores how civic officials balanced the defense of specific sites against the pressing
demands imposed by population growth, circulation, and notions of urban decorum. Above all, the preservation of antiquity remained an indispensable tool to advance competing political agendas in the papal capital. A broad range of preservation policies and practices are examined at the half-ruined
Colosseum, the intact Pantheon, and the little-known but essential Renaissance bridge known as the Ponte Santa Maria. Rome has always incorporated change in light of its glorious past as well as in the more pragmatic context of contemporary development. Such an investigation not only reveals the complexity of preservation as a contested practice, but also challenges us to rethink the way people in the past
understood history itself.

David Karmon is Assistant Professor of Art History, College of the Holy Cross.