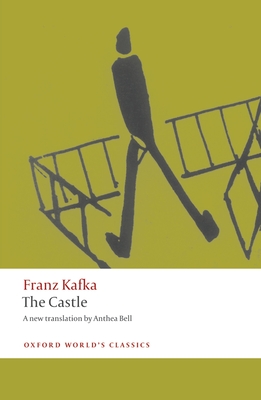 Kafka's last novel, The Castle is set in a remote village covered almost permanently in snow and dominated by a castle and its staff of dictatorial, sexually predatory bureaucrats. The novel breaks new ground in exploring the relation between the individual and power, asking why the villagers so readily submit to an authority which may exist only in their collective imagination. Published only after Kafka's death, The Castle appeared in the same decade as modernist masterpieces by Eliot, Joyce, Woolf, Mann and Proust, and is among the central works of modern literature. This new translation by prize-winning translator Anthea Bell follows the German text established by critical scholarship, and mentions manuscript variants in the notes. The detailed introduction by Ritchie Robertson, a leading Kafka scholar, explores the many meanings of this famously enigmatic novel, providing guidance without reducing the reader's freedom to make sense of this fascinating novel. In addition, the edition includes a Biographical Preface which places Kafka within the context of his time, plus an up-to-date bibliography and chronology of Kafka's life. About the Series: For over 100 years Oxford World's Classics has made available the broadest spectrum of literature from around the globe. Each affordable volume reflects Oxford's commitment to scholarship, providing the most accurate text plus a wealth of other valuable features, including expert introductions by leading authorities, voluminous notes to clarify the text, up-to-date bibliographies for further study, and much more.

Anthea Bell is a freelance translator and the winner of numerous awards for her work. Ritchie Robertson is Fellow and tutor in German at St. John's College, Oxford.