The Werewolf in the Ancient World (Hardcover) 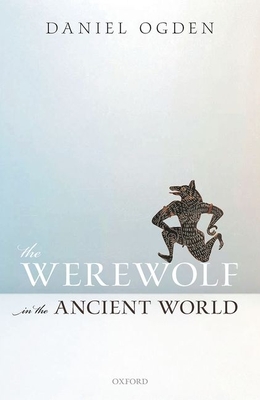 In a moonlit graveyard somewhere in southern Italy, a soldier removes his clothes in readiness to transform himself into a wolf. He depends upon the clothes to recover his human shape, and so he magically turns them to stone, but his secret is revealed when, back in human form, he is seen to
carry a wound identical to that recently dealt to a marauding wolf. In Arcadia a man named Damarchus accidentally tastes the flesh of a human sacrifice and is transformed into a wolf for nine years. At Temesa Polites is stoned to death for raping a local girl, only to return to terrorize the people
of the city in the form of a demon in a wolfskin. Tales of the werewolf are by now well established as a rich sub-strand of the popular horror genre; less widely known is just how far back in time their provenance lies. These are just some of the werewolf tales that survive from the Graeco-Roman world, and this is the first book in any language to
be devoted to their study. It shows how in antiquity werewolves thrived in a story-world shared by witches, ghosts, demons, and soul-flyers, and argues for the primary role of story-telling-as opposed to rites of passage--in the ancient world's general conceptualization of the werewolf. It also
seeks to demonstrate how the comparison of equally intriguing medieval tales can be used to fill in gaps in our knowledge of werewolf stories in the ancient world, thereby shedding new light on the origins of the modern phenomenon. All ancient texts bearing upon the subject have been integrated into
the discussion in new English translations, so that the book provides not only an accessible overview for a broad readership of all levels of familiarity with ancient languages, but also a comprehensive sourcebook for the ancient werewolf for the purposes of research and study.