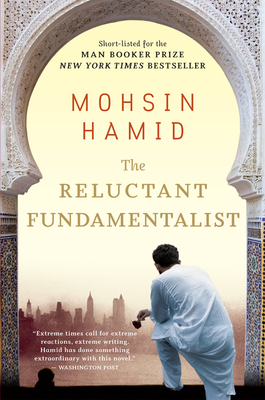 The elegant and compelling novel about a Pakistani man’s abandonment of his high-flying life in New York—an extraordinary portrait of a divided and yet ultimately indivisible world in America post-9/11.

At a café table in Lahore, a bearded Pakistani man converses with an uneasy American stranger. He begins to tell the story of a man named Changez, who is living an immigrant’s dream of America. At the top of his class at Princeton, he is snapped up by an elite valuation firm. He thrives on the energy of New York, and his budding romance with elegant, beautiful Erica promises entry into Manhattan society at the same exalted level once occupied by his own family back in Lahore. But in the wake of September 11, Changez finds his position in his adopted city suddenly overturned, and his relationship with Erica shifting. And Changez’s own identity is in seismic shift as well, unearthing allegiances more fundamental than money, power, and maybe even love.

MOHSIN HAMID is the author of three novels. His latest novel, Exit West, has been short-listed for the 2017 Man Booker Prize. Moth Smoke, his first novel, was a Betty Trask Award winner, PEN/ Hemingway Award finalist, and New York Times Notable Book of the Year. His second, The Reluctant Fundamentalist, a bestseller in the United States and abroad, was also short-listed for the Man Booker Prize. Hamid’s writing has appeared in Time, the New York Times, and other publications.

"A rare glimpse into modern-day Pakistan . . . The voices that emerge are sarcastic and sad, a lively lament . . . reminiscent of V. S. Naipaul and Salman Rushdie."— CHICAGO TRIBUNE

"Stunning . . . [Hamid] has created a hip page-turner about the mysterious country that both created the sophisticated Benazir Bhutto and hanged her father."— LOS ANGELES TIMES —