Zomo the Rabbit: A Trickster Tale from West Africa (Hardcover) 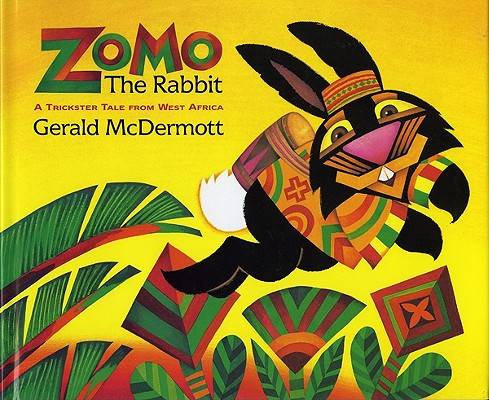 By Gerald McDermott
This book might be hard to find. Ask a bookseller for more information.
Out of Print

Zomo the rabbit, a trickster from West Africa, wants wisdom. But he must accomplish three apparently impossible tasks before Sky God will give him what he wants. Is he clever enough to do as Sky God asks? “The tale moves along with the swift concision of a good joke, right down to its satisfying punch line.”--Publishers Weekly “Wildly exuberant, full of slapstick and mischief, this version of an enduring Nigerian trickster tale, featuring a clever rabbit, is a storyteller’s delight.”--Booklist

GERALD MCDERMOTT (1941-2012) was an internationally acclaimed author-illustrator and the creator of numerous award-winning books and animated films for children. Winner of the Caldecott Medal and two Caldecott Honors for his picture books, he was also a consultant to the Joseph Campbell Foundation on mythology in education. His acclaimed series of trickster tales consists of Raven (a Caldecott Honor Book), Zomo the Rabbit, Coyote, Jabuti, Pig-Boy, and Monkey, each of which draws from the folktale traditions of a different part of the world. www.geraldmcdermott.com