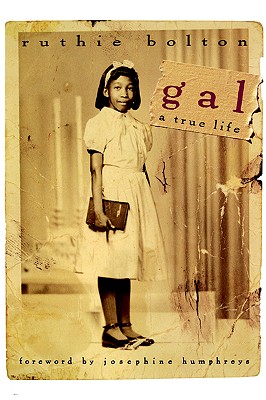 
Ships quickly (1-7 days)
Ruthie Mae Bolton was born January 6, 1961, in the Hungry Neck section of Charleston, South Carolina. At the time, her mother was thirteen; she has never known who her father was. Her mother was the wandering kind, so Ruthie Mae-nicknamed "Gal" by her stepgrandfather-was raised in her grandparents' home. One day Grandmama died as a result of a severe beating by her husband-it occured to no one to call this to the attention of the authorities-and Gal was left in the brutal hands of her granddaddy, who beat her unmercifully as well. Ruthie Mae began to steal things in school and she developed a stutter; she drank and smoked dope. But she stuck resolutely with her education and graduated from high school, which was likely her salvation, for today Ruthie Mae is happily married, with children and a fine job. At last she is at peace-with herself and even with the memory of her grandfather. It is nigh impossible to convey the astonishingly eloquent simplicity of Ruthie Mae's witnessing to her time. Here is an absolutely remarkable document, as touching as it is painful, as ageless as it is timely.