A Voice in the Night (An Inspector Montalbano Mystery #20) (Paperback) 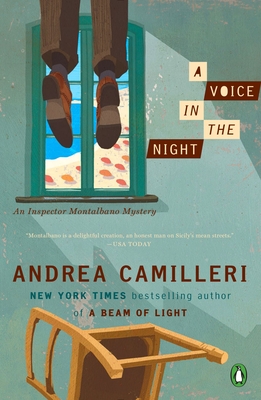 A Voice in the Night (An Inspector Montalbano Mystery #20) (Paperback)

This is book number 20 in the An Inspector Montalbano Mystery series.

Montalbano investigates a robbery at a supermarket, a standard case that takes a spin when manager Guido Borsellino is later found hanging in his office. Was it a suicide? The inspector and the coroner have their doubts, and further investigation leads to the director of a powerful local company.

Meanwhile, a girl is found brutally murdered in Giovanni Strangio’s apartment—Giovanni has a flawless alibi, and it’s no coincidence that Michele Strangio, president of the province, is his father. Weaving together these two crimes, Montalbano realizes that he’s in a difficult spot where political power is enmeshed with the mafia underworld.

Andrea Camilleri is the bestselling author of the popular Inspector Montalbano mystery series, as well as historical novels that take place in nineteenth-century Sicily. He lives in Rome.

Stephen Sartarelli (translator) is an award-winning translator and poet. He lives in France.