The Patience of the Spider (An Inspector Montalbano Mystery #8) (Paperback) 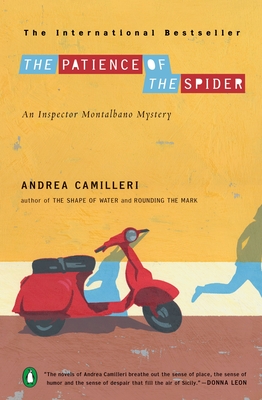 The Patience of the Spider (An Inspector Montalbano Mystery #8) (Paperback)

This is book number 8 in the An Inspector Montalbano Mystery series.

Winning fans in Europe and America for their dark sophistication and dry humor, Andrea Camilleri's crime novels are classics of the genre. Set once again in Sicily, The Patience of the Spider pits Inspector Montalbano against his greatest foe yet: the weight of his own years. Still recovering from the gunshot wound he suffered in Rounding the Mark, he must overcome self-imposed seclusion and waxing self-doubt to penetrate a web of hatred and secrets in pursuit of the strangest culprit he's ever hunted. A mystery unlike any other, this emotionally taut story brings the Montalbano saga to a captivating crossroads.
Andrea Camilleri's Montalbano mystery series, bestsellers in Italy and Germany, has been adapted for Italian television and translated into German, French, Spanish, Portuguese, Greek, Japanese, Dutch, and Swedish. He lives in Rome.
Stephen Sartarelli lives in upstate New York.