The Smell of the Night (An Inspector Montalbano Mystery #6) (Paperback) 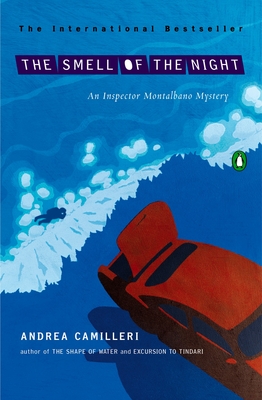 The Smell of the Night (An Inspector Montalbano Mystery #6) (Paperback)

This is book number 6 in the An Inspector Montalbano Mystery series.

Half the retirees in Vigáta have invested their savings with a financial wizard who has disappeared, along with their money. As Montalbano investigates this labyrinthine financial scam, he finds himself at a serious disadvantage: a hostile superior has shut him out of the case, he’s on the outs with his lover Livia, and his cherished Sicily is turning so ruthless and vulgar that Montalbano wonders if any part of it is worth saving. Drenched with atmosphere, crackling with wit, The Smell of the Night is Camilleri at his most addictive.
Andrea Camilleri's Montalbano mystery series, bestsellers in Italy and Germany, has been adapted for Italian television and translated into German, French, Spanish, Portuguese, Greek, Japanese, Dutch, and Swedish. He lives in Rome.
Stephen Sartarelli lives in upstate New York.