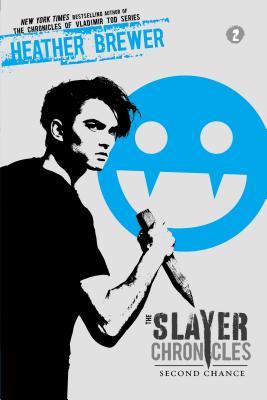 By Heather Brewer
Email or call for price
Hard to Find

This is book number 2 in the The Slayer Chronicles series.

Companion to the New York Times bestselling series The Chronicles of Vladimir Tod...

It’s time for him to prove himself as a Slayer. A killer is on the loose in New York City, but the Slayer Society knows that this isn’t any normal predator…

This is something supernatural.

Now Joss McMillan must use all of his strength and skill to save the innocent people of New York. His status as a Slayer—and his very life—depend on it. The stakes are life or death.

More than a million readers have been enthralled by the New York Times bestselling series The Chronicles of Vladimir Tod. And now, with this companion series, The Slayer Chronicles, they can sink their teeth into life on the other side of the stake.

Heather Brewer was not your typical teen growing up, and she’s certainly not your typical adult now. Heather believes there are two sides to every story, and that one can’t judge a book by its cover—in fact, that’s why she decided to write this series. And, of course, she doesn’t believe in happy endings… unless they involve blood. Heather lives near St. Louis, Missouri, with her husband and two children.

Visit her online at www.heatherbrewer.com.

“Action flows seamlessly into drama, and a betrayal comes after a series of clever misdirections….Provides a compelling back story for Vlad’s fans to sink their teeth into.”
—Kirkus Reviews