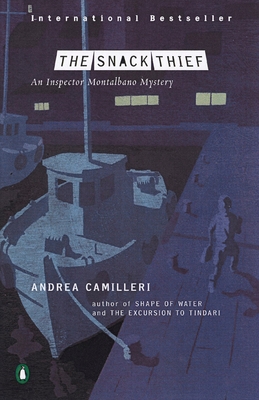 This is book number 3 in the An Inspector Montalbano Mystery series.

When an elderly man is stabbed to death in an elevator and a crewman on an Italian fishing trawler is machine-gunned by a Tunisian patrol boat off Sicily's coast, only Montalbano, with his keen insight into human nature, suspects the link between the two incidents. His investigation leads to the beautiful Karima, an impoverished housecleaner and sometime prostitute, whose young son steals other schoolchildren's midmorning snacks. But Karima disappears, and the young snack thief's life—as well as Montalbano's—is endangered, the Inspector exposes a viper's next of government corruption and international intrigue.
Andrea Camilleri's Montalbano mystery series, bestsellers in Italy and Germany, has been adapted for Italian television and translated into German, French, Spanish, Portuguese, Greek, Japanese, Dutch, and Swedish. He lives in Rome.
Stephen Sartarelli lives in upstate New York.