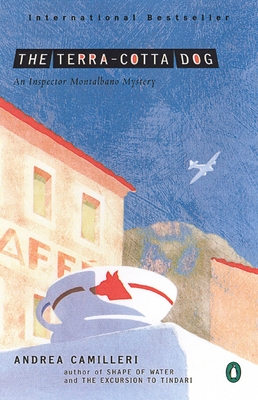 This is book number 2 in the An Inspector Montalbano Mystery series.

Andrea Camilleri's Inspector Montalbano has garnered millions of fans worldwide with his sardonic take on Sicilian life. Montalbano's latest case begins with a mysterious têtê à têtê with a Mafioso, some inexplicably abandoned loot from a supermarket heist, and dying words that lead him to an illegal arms cache in a mountain cave. There, the inspector finds two young lovers, dead for fifty years and still embracing, watched over by a life-sized terra-cotta dog. Montalbano's passion to solve this old crime takes him on a journey through Sicily's past and into one family's darkest secrets. With sly wit and a keen understanding of human nature, Montalbano is a detective whose earthiness, compassion, and imagination make him totally irresistable.
Andrea Camilleri's Montalbano mystery series, bestsellers in Italy and Germany, has been adapted for Italian television and translated into German, French, Spanish, Portuguese, Greek, Japanese, Dutch, and Swedish. He lives in Rome.
Stephen Sartarelli lives in upstate New York.