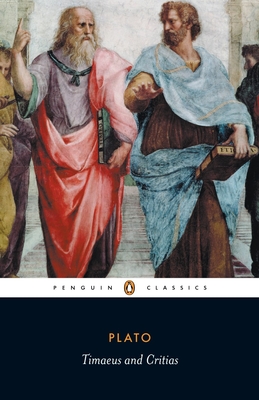 Timaeus and Critias is a Socratic dialogue in two parts. A response to an account of an ideal state told by Socrates, it begins with Timaeus’s theoretical exposition of the cosmos and his story describing the creation of the universe, from its very beginning to the coming of man. Timaeus introduces the idea of a creator God and speculates on the structure and composition of the physical world. Critias, the second part of Plato’s dialogue, comprises an account of the rise and fall of Atlantis, an ancient, mighty and prosperous empire ruled by the descendents of Poseidon, which ultimately sank into the sea.

Plato (c.427-347 BC) stands with Socrates and Aristotle as one of the shapers of the whole intellectual tradition of the West. He founded the Academy in Athens, the first permanent institution devoted to philosophical research and teaching, and theprototype of all Western universities. Plato wrote over twenty philosophical dialogues.

Thomas Kjeller Johansen studied philosophy and classics at Trinity College, Cambridge. He is now University Lecturer in Ancient Philosophy at Oxford University and Tutorial Fellow of Brasenose College, Oxford. His publications include Plato’s Natural Philosophy: A Study of the Timaeus-Critias (Cambridge 2004).