Meditations and Other Metaphysical Writings (Paperback) 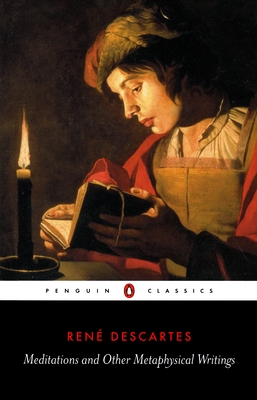 Meditations and Other Metaphysical Writings (Paperback)

Descartes was prepared to go to any lengths in his search for certainty—even to deny those things that seemed most self-evident. In his Meditations of 1641, and in the Objections and Replies that were included with the original publication, he set out to dismantle and then reconstruct the idea of the individual self and its existence. In doing so, Descartes developed a language of subjectivity that has lasted to this day, and he also took his first steps towards the view that would eventually be expressed in the epigram Cogito, ergo sum ("I think, therefore I am"), one of modern philosophy's most famous—and most fiercely contested—claims. The first part of a two-volume edition of Descartes' works in Penguin Classics, the second of which is Discourse on Method & Related Writings.

For more than seventy years, Penguin has been the leading publisher of classic literature in the English-speaking world. With more than 1,700 titles, Penguin Classics represents a global bookshelf of the best works throughout history and across genres and disciplines. Readers trust the series to provide authoritative texts enhanced by introductions and notes by distinguished scholars and contemporary authors, as well as up-to-date translations by award-winning translators.
Rene Descartes (1596-1650), French philosopher and mathematician, is generally regarded as the founder of modern philosophy.

Desmond Clarke is professor of philosophy at University College, Cork.