The Pot of Gold and Other Plays (Paperback) 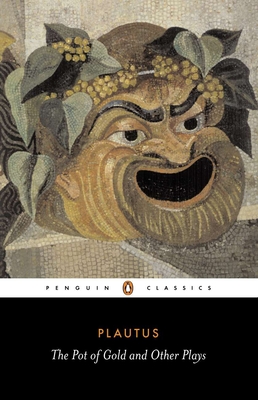 Titus Maccius Plautus was born in Sarsina, Umbria, in about 254 BC, and was originally named, after his father, Titus. Little is known of his life, but it is believed that he went to Rome when young and worked as a stage assistant. His potential as an actor was discovered and he acquired two other names: Maccius, derived perhaps from the name of a clown in popular farce, and Plautus, a cognomen meaning ‘flat-footed’. Somehow Plautus saved enough capital to go into business as a merchant shipper, but this venture collapsed, and he worked (says the tradition) as a miller’s laborer, and in his spare time studied Greek drama. From the age of forty onwards he achieved increasing success as an adaptor of Greek comedies for the Roman stage. Much of his work seems to be original, however, and not mere translation. He was rewarded by being granted Roman citizenship. According to Cicero he died in 184 BC.

E.F. Watling was educated at Christ's Hospital and University College, Oxford. His translations of Greek and Roman plays for the Penguin Classics include the seven plays of Sophocles, nine plays of Plautus, and a selection of the tragedies of Seneca.