Pragmatism and Other Writings (Paperback) 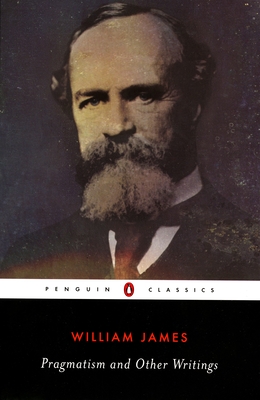 The writings of William James represent one of America's most original contributions to the history of ideas. Ranging from philosophy and psychology to religion and politics, James composed the most engaging formulation of American pragmatism. 'Pragmatism' grew out of a set of lectures and the full text is included here along with 'The Meaning of Truth', 'Psychology', 'The Will to Believe', and 'Talks to Teachers on Psychology'.

Older brother of novelist Henry James, William James (1842-1910) was a philosopher, psychologist, physiologist, and professor at Harvard. James has influenced such twentieth-century thinkers as Richard Rorty, Jurgen Habermans, Michel Foucault, and Julia Kristeva. Giles Gunn is Professor of English and of Global & International Studies at the University of California at Santa Barbara. He is author of 'Culture of Criticism and Criticism of Culture' and edited Early American Writing for Penguin.