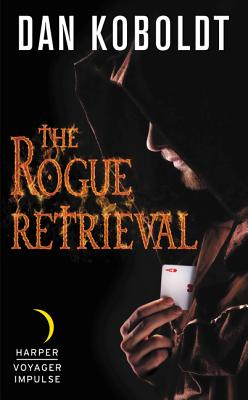 This is book number 1 in the Gateways to Alissia series.

Sleight of hand…in another land

Stage magician Quinn Bradley has one dream: to headline his own show on the Vegas Strip. And with talent scouts in the audience wowed by his latest performance, he knows he’s about to make the big-time.

What he doesn’t expect is an offer to go on a quest to a place where magic is all too real.

That's how he finds himself in Alissia, a world connected to ours by a secret portal owned by a powerful corporation. He’s after an employee who has gone rogue, and that’s the least of his problems. Alissia has true magicians…and the penalty for impersonating one is death. In a world where even a twelve-year-old could beat Quinn in a swordfight, it's only a matter of time until the tricks up his sleeves run out.

Dan Koboldt is a genetics researcher and fantasy/science fiction author. He has co-authored more than 60 publications in Nature, Human Mutation, Genome Research, The New England Journal of Medicine, Cell, and other scientific journals. Dan is also an avid hunter and outdoorsman. He lives with his wife and children in St. Louis, where the deer take their revenge by eating the flowers in his backyard.

The Rogue Retrieval is his first novel.