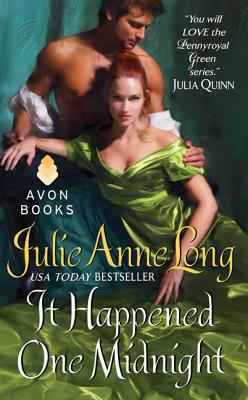 This is book number 8 in the Pennyroyal Green series.

More than one beautiful woman's hopeshave been dashed on the rocky shoals ofJonathan Redmond's heart. With his rivetinggood looks and Redmond wealth and power,the world is his oyster—until an ultimatumfrom his father and a chilling gypsy prophecysend him hurtling headlong toward a fatehe'll do anything to avoid: matrimony.

Intoxicating, elusive Thomasina de Ballesteroshas the bloods of London at her feet. But noneof them knows the real Tommy—the one witha shocking pedigree, a few too many secrets,and a healthy scorn for rakes like Jonathan.

“An Eversea hero to thrill readers. Long gives him a heroine to match his wit, cleverness and courage. The smoldering passion between them, the wildly exciting adventure...a not-to-be missed read!” — Romantic Times