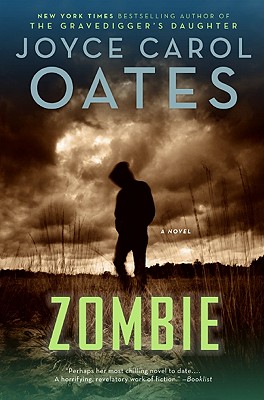 Zombie is a classic novel of dark obsession from the extraordinary Joyce Carol Oates. A brilliant, unflinching journey into the mind of a serial killer, Zombie views the world through the eyes of Quentin P., newly paroled sex offender, as he chillingly evolves from rapist to mass murderer. Joyce Carol Oates—the prolific author of so many extraordinary bestsellers, including The Gravediggers Daughter, Blonde, and The Falls—demonstrates why she ranks among America’s most respected and accomplished literary artists with this provocative, breathtaking, and disturbing masterwork.

Joyce Carol Oates is a recipient of the National Medal of Humanities, the National Book Critics Circle Ivan Sandrof Lifetime Achievement Award, the National Book Award, and the PEN/Malamud Award for Excellence in Short Fiction, and has been several times nominated for the Pulitzer Prize. She has written some of the most enduring fiction of our time, including the national bestsellers We Were the Mulvaneys, Blonde, which was nominated for the National Book Award, and the New York Times bestseller The Falls, which won the 2005 Prix Femina. Her most recent novel is A Book of American Martyrs. She is the Roger S. Berlind Distinguished Professor of the Humanities at Princeton University and has been a member of the American Academy of Arts and Letters since 1978.