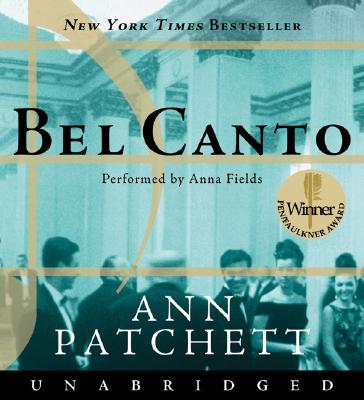 “Bel Canto…should be on the list of every literate music lover. The story is riveting, the participants breathe and feel and are alive, and throughout this elegantly-told novel, music pours forth so splendidly that the reader hears it and is overwhelmed by its beauty.” —Lloyd Moss, WXQR

Ann Patchett’s award winning, New York Times bestselling Bel Canto balances themes of love and crisis as disparate characters learn that music is their only common language. As in Patchett’s other novels, including Truth & Beauty and The Magician’s Assistant, the author’s lyrical prose and lucid imagination make Bel Canto a captivating story of strength and frailty, love and imprisonment, and an inspiring tale of transcendent romance.

Ann Patchett is the author of eight novels, four works of nonfiction, and two children's books. She has been the recipient of numerous awards, including the PEN/Faulkner, the Women's Prize in the U.K., and the Book Sense Book of the Year. Her most recent novel, The Dutch House, was a finalist for the Pulitzer Prize. Her work has been translated into more than thirty languages. TIME magazine named her one of the 100 Most Influential People in the World. She lives in Nashville, Tennessee, where she is the owner of Parnassus Books.