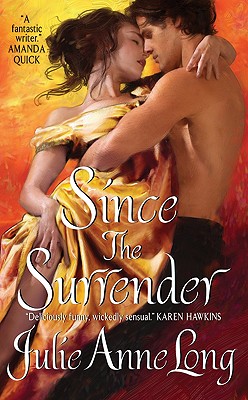 This is book number 3 in the Pennyroyal Green series.

Fearless. Loyal. Brilliant. Ruthless. Bold words are always used to describe English war hero Captain Chase Eversea, but another word unfortunately plays a role in every Eversea's destiny: trouble. And trouble for Chase arrives in the form of a mysterious message summoning him to a London rendezvous . . . where he encounters the memory of his most wicked indiscretion in the flesh: Rosalind March—the only woman he could never forget.

Five years ago, the reckless, charming beauty craved the formidable Captain's attention. But now Rosalind is a coolly self-possessed woman, and desire is the last thing on her mind: her sister has mysteriously disappeared and she needs Chase's help to find her. But as their search through London's darkest corners re-ignites long-smoldering passion and memories of old battles, Chase and Rosalind are challenged to surrender: to the depths of a wicked desire, and to the possibility of love.