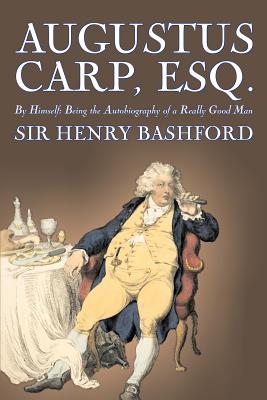 It is customary, I have noticed, in publishing an autobiography to preface it with some sort of apology. But there are times, and surely the present is one of them, when to do so is manifestly unnecessary. In an age when every standard of decent conduct has either been torn down or is threatened with destruction; when every newspaper is daily reporting scenes of violence, divorce, and arson; when quite young girls smoke cigarettes and even, I am assured, sometimes cigars; when mature women, the mothers of unhappy children, enter the sea in one-piece bathing-costumes; and when married men, the heads of households, prefer the flicker of the cinematograph to the Athanasian Creed -- then it is obviously a task, not to be justifiably avoided, to place some higher example before the world. For some time -- I am now forty-seven -- I had been feeling this with increasing urgency. And when not only my wife and her four sisters, but the vicar of my parish, the Reverend Simeon Whey, approached me with the same suggestion, I felt that delay would amount to sin. That sin, by many persons, is now lightly regarded, I am, of course, only too well aware. That its very existence is denied by others is a fact equally familiar to me. But I am not one of them. On every ground I am an unflinching opponent of sin. I have continually rebuked it in others. I have strictly refrained from it in myself. And for that reason alone I have deemed it incumbent upon me to issue this volume. Illustrations by "Robin" (Marjorie Blood).