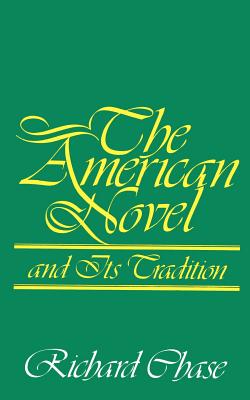 "Since the earliest days," writes Richard Chase in this classic study, "the American novel, in its most original and characteristic form, has worked out its destiny and defined itself by incorporating an element of romance." In his detailed study of works by Charles Brockden Brown, James Fenimore Cooper, Nathaniel Hawthorne, Herman Melville, Mark Twain, Henry James, Frank Norris, George Washington Cable, William Dean Howells, F. Scott Fitzgerald, and William Faulkner, Chase identifies and traces this tradition through two centuries of American literature.

The best novelists, he argues, have found uses for romance beyond the escapism, fantasy, and sentimentality often associated with it. Through romance, these writers mirror the extremes of American culture--the Puritan melodrama of good and evil, or the pastoral idyll inspired by the American wilderness.