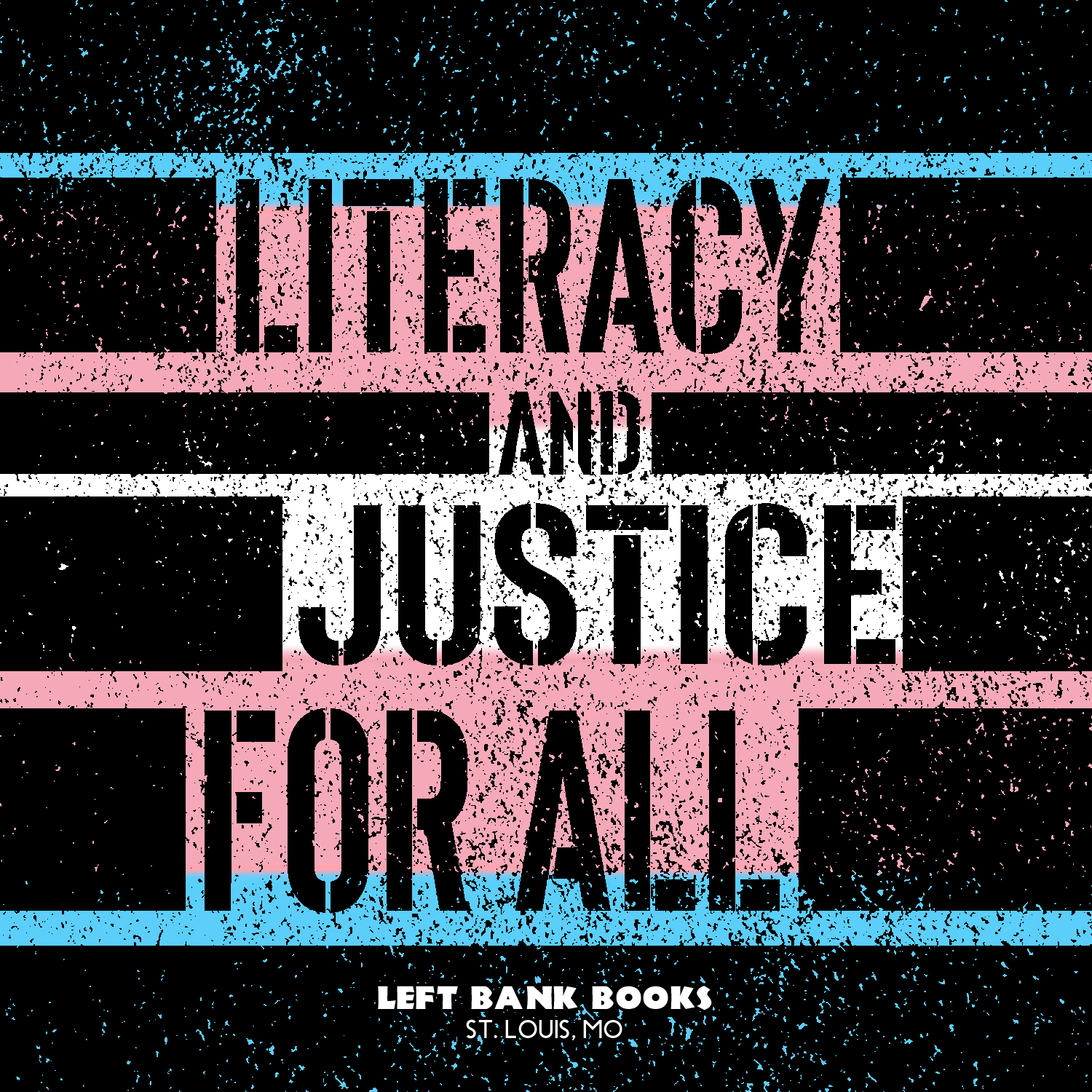 For the past 23 years, we at Left Bank Books have read, recommended, sold and celebrated JK Rowling's Harry Potter series. Our children's buyer could sort Gryffindors from Hufflepuffs with barely a glance. We had midnight release parties and dressed as our favorite characters. I personally stayed up all night sewing a Professor McGonagall costume for Kris to wear on the morning news.

We raised our hands with joy at the news that Professor Dumbledore was gay. After all, we are owned and operated by queer and trans people. We saw ourselves in those stories.

I don't know why it took two decades for JK Rowling's anti trans rhetoric to become a story, but here we are. It's not as if we didn't try to give her the benefit of the doubt and the opportunity to learn and clarify her position. We loved her. We loved her stories. And still, here we are in an upside down world where the person who wrote stories that were true inclusive and affirming celebrations of community, demeans the very people who read them.

Rowling's public comments about transgender people particularly transgender women, is abbhorent, hurtful and willfully ignorant. Not only that, but she has a worldwide platform for that bigotry which makes her even more dangerous.  If you're following our bookstore, you know words mean something. They count. They influence. They convince. Violence against transgender people, particularly trans women of color is a scourge that is fueled not only by the words of our politicians, but by the words of those closest to us and those whose words we've come to trust and love.  As a transgender person, I'm personally disappointed, hurt and angry. I loved those books. I still love the stories and the characters, but she has now tainted what for our family and our store was a beautiful experience. She has made it ugly by dehumanizing and devaluing me, my friends and my co-workers. She put us in a position (which sadly is a very common one among queer people) where we love someone and shape our lives and our values according to that love, and

then find our humanity lacking in their eyes.

Without the support of our loved ones and some inner strength of our own, we might internalize that view of ourselves. It's a devastating feeling.

So now we're left with the mess she's made. We have a fantastic series of books with iconic characters, magical story lines, sorting hats, quidditch games and queer characters written by someone who denies the personhood of people like us. It's awful, and what makes it worse is that it's only awful for us. She's already made her fame and money and has no reason to be curious beyond that. Her days are spent in comfort and relative happiness. She's fine.

We've been here before. We know we'll hear cries of censorship and first amendment rights violations. We'll remind you that there are millions of books that aren't on our shelves. We curate. It's our job. That series doesn't need our help. JK Rowling is far from censored, even here in our own store.

Taking them off our shelves won't do anything to stop her. She won't notice at all. But we will, and our transgender staff and customers will. We no longer feel comfortable giving her shelf space while she uses her extensive platform to deride the humanity of trans women. We choose instead to use the shelf space, when we DO open to the public, to lift up voices of lesser known authors, while of course ordering in copies of her books as customers order them from us. We're taking her books off of our shelves.

Thank you for supporting this queer and trans owned and operated local independent bookstore. Donate to the Metro Trans Umbrella Group, a "by trans, for trans" group whose mission is to bring together the community of trans, non-binary, genderqueer, androgynous, intersex & our allies in the St. Louis metro area through community, visibility, advocacy, and education.

Take care and be well,

Probably the biggest fantasy series to come out after most of today's parents were kids themselves, we find a lot of families love reading Percy Jackson together, with the parents enjoying it just as much as the kids.  Percy learns he is the child of Poseidon and goes off to summer camp to meet the kids of other Greek gods and many important relationships and thrilling adventures ensue.  If you like the first series, there are many spin-offs set in the same world, and Riordan is a master at writing characters who are effortlessly diverse in both identity and experience.

Bone: The Complete Cartoon Epic in One Volume (Paperback)

The story of three Bones from Boneville (the "normal kid" stand-ins) who find themselves in a valley full of strange and wonderful creatures, this is a series that grows with the reader, starting light and whimsical and gradually introducing darker and more complex themes as a simple fish-out-of-water story becomes a fight between good and evil for the fate of the world.  The graphic novel format makes it an easy sell to reluctant readers, and multiple spin-offs will make anyone who needs to spend more time in the valley happy.

Magical folks learning to control their powers at a wizarding boarding school and dealing with the fact they might be The Chosen One?  You might think we've been there before, but Rainbow Rowell puts her own stamp on things...and if you've read her work before, you'll know that stamp is swoonworthy without being cringey.  This is a sophisticated take on light and dark magic for the reader who wishes their wizards could be a little more adult.

Magical and whimsical. The Wildwood is an amazing adventure. We follow Prue as she tries to rescue her little brother (who was kidnapped by crows!) from the Impassable Woods. This book is full of witchcraft, magical creatures, and dark forces. Prue is Prue is decisive, determined, and brave as the best of them. You could not ask for a better "chosen one" than her.